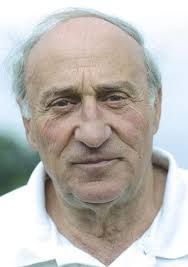 One of the most accomplished soccer coaches in American soccer history, George Vizvary will be honored as the 2015 recipient of the prestigious Walt Chyzowych Lifetime Achievement Award for a distinguished soccer career spanning five decades.

Vizvary is perhaps best known for his tenure as head men’s soccer coach at Ulster County Community College from 1968 to 2010. During this time, he created and coached teams that were nationally recognized as perennial powerhouses, winning two National Junior Collegiate Athletic Association (NJCAA) national championships and earning a place in 17 national tournaments. Vizvary’s record at SUNY Ulster was a remarkable 534-159-28, representing the most wins by a single coach in Junior College history. Vizvary also coached his Ulster teams to 24 Mid-Hudson Conference titles and 17 Region XV titles. In 2007, Vizvary was inducted into the NJCAA Soccer Coaches National Hall of Fame.

Even more outstanding, Vizvary coached and developed players, 52 of which were named All-American by the NJCAA and the National Soccer Coaches Association of America (NSCAA). Forty-five of these players went on to play in the professional ranks, and four (Tommy Mulroy, Njego Pesa, Niels Guldbjerg and Joe Ulrich) were selected as members of the NJCAA Millennial Team of the Century. Two of which, Mulroy (1993) and Ulrich (2000), were inducted into the NJCAA Hall of Fame.

Among the other notable players Vizvary coached at Ulster are Rick Dirella and Dave Farrell, founders of the famed Oakwood Soccer Club in Connecticut. Vizvary also coached the University of Albany women’s soccer program (1996-99) and currently is imparting his wisdom to young players as assistant coach at SUNY New Paltz.

Vizvary escaped from his native Hungary in 1956, leaving behind a promising soccer career as a player for Tatabanya FC and various Hungarian National Teams during the magical years when Hungary was a world power. He completed his US Soccer coaching licenses in 1974 and was immediately named a member of the coaching staff of US Soccer coaching schools. For many years, he was also a member of the coaching staff of the Southern New York State Soccer Association. While at Ulster, Vizvary was an engineering professor and department chair, having earned his engineering degree from the Technical Institute in Gyor, Hungary.

“I am deeply honored,” said Vizvary when notified of his award. “I cherish the time I spent working with Walt Chyzowych in the early days of the Coaching Schools and am pleased to have been so recognized for my work and for my life in soccer. As we look at where the game of soccer is today in America, we can all take pride in the sacrifices we made and the fun we had in promulgating the growth and development of the game we all so love.”