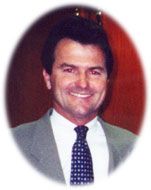 Coaches, players and sports reporters call it a "Dynasty." Under the coaching of Anson Dorrance, the North Carolina Women's Soccer program has amassed an overall record of 390-16-10. In 18 years, the program has scored 1,888 goals and given up only 188. Fourteen of the 17 national women's championships belong to them; that's more national titles than any other ACC sports team, men's or women's. They have captured nine of the 10 Atlantic Coast Conferences and hold 13 NCAA crowns.

Dorrance also played a crucial role in the 1996 Summer Olympics, when the U.S. Women's Soccer Team captured the Olympic Gold Medal. That winning team featured two assistant coaches, seven of 16 active players and three alternates who were either current or former Carolina stars. When the United States took the 1997 Nordic Cup Gold Medal in the U-20 division, the team included eight current Tarheels.